During Yom Kippur, air pollution levels all over Israel plummet to near zero

Once a year, for 24 hours, traffic all over the country grinds to a halt. Cars, buses, trucks, and traffic lights give way to empty roads filled with a somewhat rare silence. Trains stand still, and airports shut down. This is Yom Kipp

For Jews around the world, Yom Kippur is the most sacred day of their faith. It is a time of contemplation and self-reflection. Following Rosh Hashana (the Jewish New Year), Yom Kippur marks the end of the “Ten Days of Repentance.” Traditionally, one seeks forgiveness for the sins and transgressions committed during the previous year and prays for a healthy and prosperous future.

Moreover, it is a time of fasting and abstinence. Religious and many secular Israelis alike honor this holy day by neither eating nor drinking, not using any electricity, and abstain from driving cars or using any other motor-driven means of transportation. Latter has a remarkable and unique side-effect: Nationwide, traffic grinds to a complete halt. Large, vibrant cities such as Tel Aviv and Jerusalem become so quiet that it almost feels like an invisible hand has just turned down the volume. Where there is commotion, it is only on account of pedestrians strolling down the streets or the laughter of children riding their bikes through normally traffic-choked arterial roads.

Usually, Yom Kippur takes place not too long after the World Car Free Day (September 22). So how does a world without cars really look like?

Besides the silent streets and almost no car accidents, the most substantial impact of the Jewish holiday is one that cannot be seen with the naked eye: The air is simply cleaner. On Yom Kippur, ambient air pollution across the nation drops to an all year minimum, and Israel experiences better air quality than on any other day.

Sitting at the heart of a bustling metropolitan area, Tel Aviv usually sees one of the highest concentrations of nitrogen oxides; But according to the official numbers put out by the MoEP, concentrations in Tel Aviv have plummeted by 94.5 percent, from 62.8 to 4.1 ppb, during last year’s Yom Kippur. In the Haifa port area, nitrogen oxides have radically declined from 181.3 to 3.3 ppb (98.2 percent). Jerusalem measurements for 2018 have shown similar results. In 2017, nitrogen oxide concentrations in some less-trafficked parts of the city have even reached zero.

During Yom Kippur, a less notable, nonetheless mentionable drop in Benzene, a highly carcinogenic chemical compound, is also commonly observed in several areas in Israel. The effect of the holy day on the levels of PM (Particulate Matter) – a pollutant produced by cars and trucks responsible for the death of nearly 2,000 Israelis every year – could not be measured, because particles stay in the atmosphere for about ten days once created.

Cars running on diesel are the worst offenders

The significant improvement in air quality on Yom Kippur provides a rare example of the role of transportation as the primary source of air pollution in the centers of big cities. In recent years, numerous steps have been taken around the world in order to tackle the growing problem, among them are the expansion of public transportation systems, car-free zones, and a shift toward electric vehicles. Similar measures are adopted in Israel.

According to the Israeli Ministry of Environmental Protection, cars running on diesel are one of the worst offenders when it comes to exhaust emissions. Blum points out that although they only account for 20 percent of the mileage in Israel, diesel engines contribute 80 percent to the entire air pollution caused by road traffic.

“At the Ministry of Environmental Protection, we have launched multiple initiatives aiming to reduce air pollution from car traffic,” Blum explains. “One of which is the creation of low-emission zones. These zones are designated areas in which diesel-powered cars are not allowed to drive”. A first low-emission zone was launched on February 2, 2018, in downtown Haifa, in the north of Israel, which prohibited any vehicle weighing more than 3.5 tons from entering the designated area. This restriction, however, does not apply to heavy vehicles with an emission-reducing particulate filter. On January 1, 2019, stage 2 of the low-emission zone in Haifa was initiated by banning all “polluting, light commercial vehicles” from entering the cities residential areas.

According to Blum, the implementation of further low-emission zones is underway and also planned for the rest of the country. As a matter of fact, a first stage low-emission zone for downtown Jerusalem is planned to come into effect in November of this year, banning older-model-powered trucks.

At the same time, the government subsidizes a filter system for diesel cars that do not meet the standards of environmental regulations. Since November 1, 2018, this is the only way for anyone who owns a diesel-powered vehicle to renew their license. Those who refuse to equip their car with the new filter will have to put a red sticker on their windshield, which will not only indicate where the vehicle is allowed to drive but send a message of psychological nature. “People in the neighborhood will know who owns a polluting car, and eventually this person will feel compelled to switch to a more environmental-friendly model,” Blum hopes.

Both initiatives are part of the Clean Car Revolution, a project initiated in 2016 by the MoEP and the Jewish National Fund with the objective of “reducing dangerous vehicular air pollution.” Besides regulatory measures and retrofitting antiquated diesel-cars, the Clean Car Revolution wants to introduce a whole fleet of eco-friendly vehicles, including electric buses, hybrid taxis, and an electric car ride-share system. In August 2018, the MoEP launched a subsidization program, which aims to incentivize taxi drivers to switch to hybrid cars. Those who opt to purchase a hybrid car receive up to 20.000 NIS ($5.600) in subsidies. Blum emphasizes that the MoEP is working tirelessly to expand the infrastructure for a new eco-friendly transportation system. “67 electric buses have already been put into service in different parts of the country,” says Blum. Indeed, just recently, 10 new green electric buses were added to the fleet in Jerusalem. “Furthermore, in Haifa, we have already introduced a set of electric cars, and hybrid taxis will follow soon. Due to the MoEP’s efforts, we have already seen a decline of 10 percent in nitrogen and sulfur oxides between 2017-2018,” Blum adds.

“What happens during Yom Kippur should be duplicated”

On a final note, Blum added: “We really hope by going the extra mile we can ultimately have the same air quality we experience on Yom Kippur every day”.

This view is shared by Yotam Avizohar, the CEO of the Israel Bike Association. “What happens during Yom Kippur, when tens of thousands of Israelis leave their cars at home and reclaim the streets for walking and biking, should be duplicated, not only because of the dramatic improvement in air quality,” Avizohar writes in a statement.

He is referring to a report by the OECD countries, which revealed that the density on Israeli roads is among the worst in the world, at 3.5 times the average of other OECD countries. Car ownership, travel duration, costs for traffic congestions, and road accidents are on the rise. However, Avizohar reassures it is not all bad news. “More and more people begin to recognize the benefit and attractiveness of bicycle transportation. According to the Israel Center Bureau of Statistics, over 300,000 bikes are sold per year. Added to the bicycle riders are 230,000 electric bikes”, he says.

At the same time, bicycles alone may not be enough. Israel’s existing public transportation infrastructure is also in need of a major upgrade, one that might already be underway with the completion of a brand new high-speed railway connection between Jerusalem and Tel Aviv last week.

Shimrit Nothman, the CEO of “15 minutes”, a public transport advocacy organization, stresses that a shift from privately owned vehicles to public transit is crucial. “Creating sophisticated transportation networks is the only way to improve mobility, environmental health, and save Israelis from sitting in traffic jams every day. Israel has the worst traffic jams in the OECD yet spends the least on public transportation. Commute times have grown by 30 percent just since 2005, and over 90 percent of carbon emissions come from the use of private vehicles. But, through the creation of fast, convenient public transport networks, we can slow or even reverse these trends. One city bus can take 40 private cars off the road and keep 184 metric tons of carbon out of the air every year, and two kilometers of bus lane can shorten commute times by 4 minutes. We, as citizens, need to make sure our government is prioritizing and investing in these solutions.”

Whether it is going to be electric cars, better public transportation or more bicycles in the street, Yom Kippur has inadvertently become a relevant benchmark not only for air quality and health but ecological awareness in Israel at large. Who would have thought that a holy day that stands for religion and faith, steeped in tradition and history, would one day become a flagship for change, progress, and even science?

This ZAVIT article was also published in The Jewish Journal on 10/07/2019. 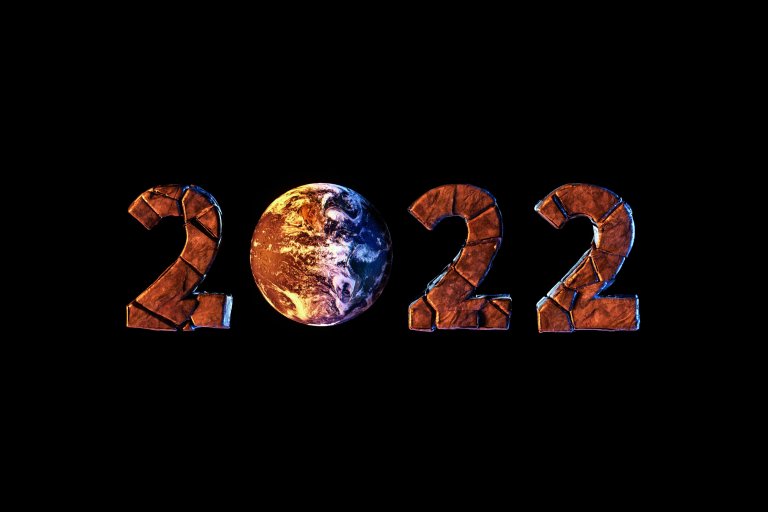 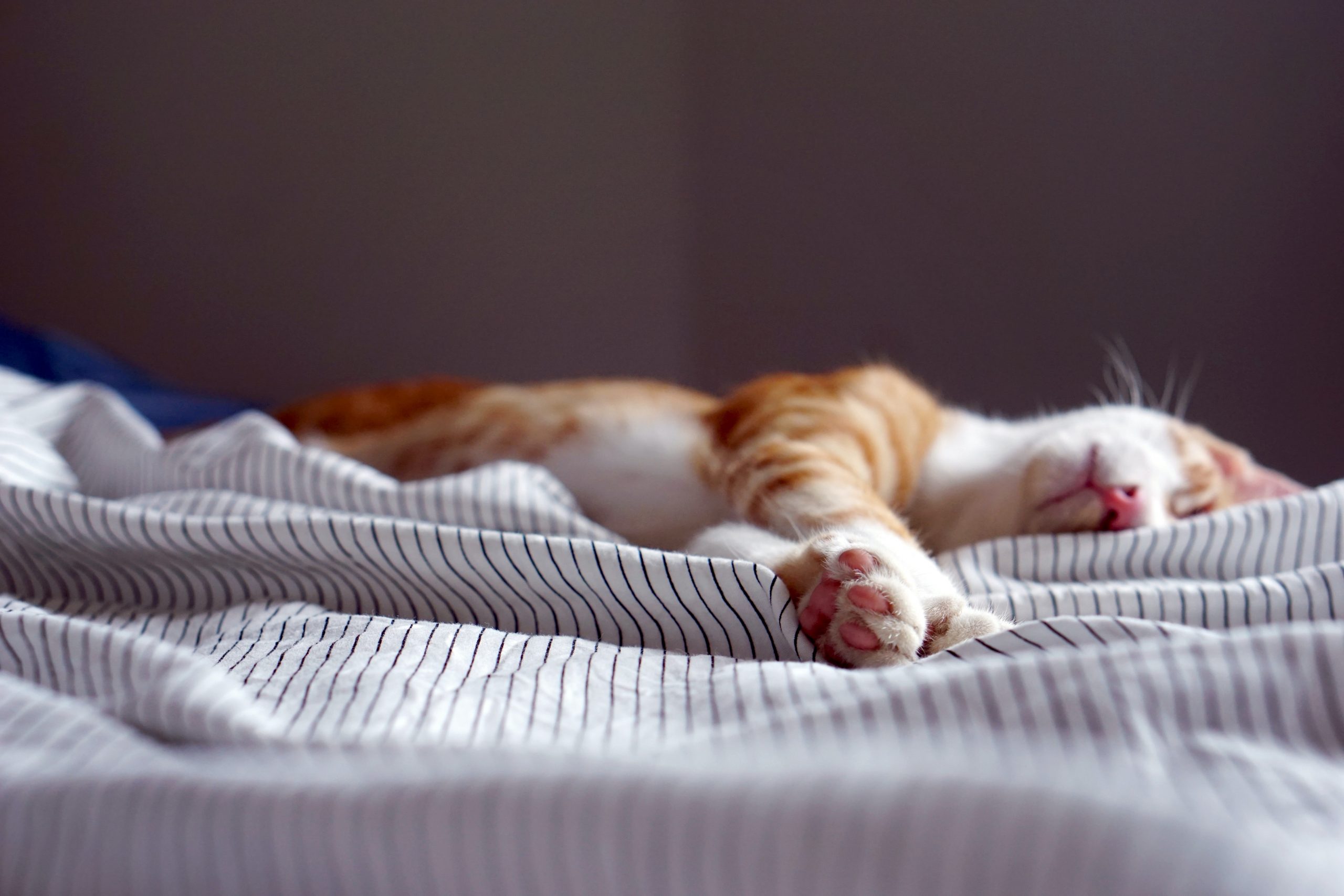